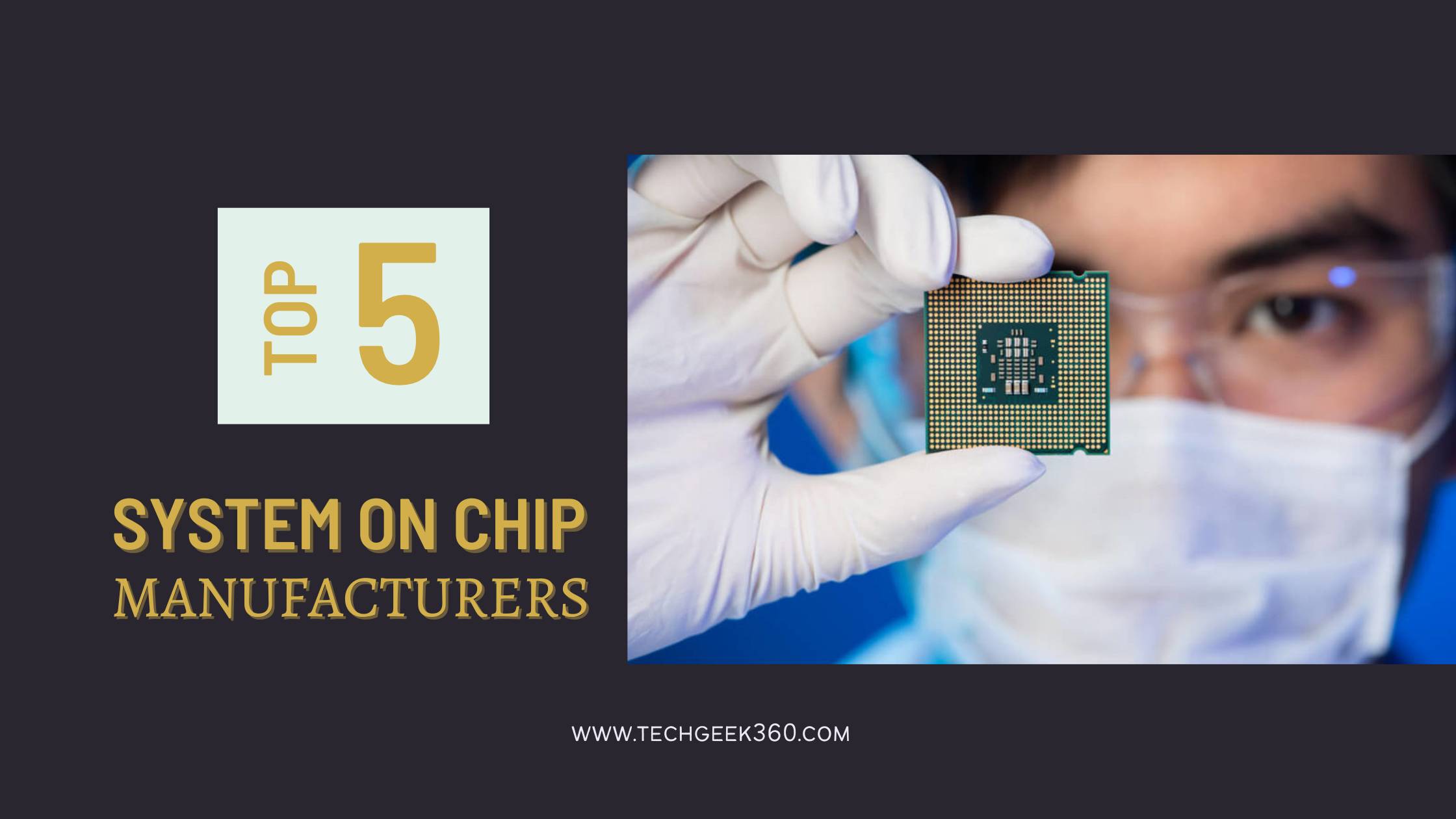 In simple words, SoCs are microchips that consist of every necessary electric circuit on just one integrated circuit. These electric circuits could be wearable devices, tablets, and smartphones.

SoCs are so necessary for the creation of systems because they help efficient utilization of energy, thereby reducing any waste energy, minimizing expense amounts, and saving spaces, courtesy of their compact structure, which enables them to be accommodated in the most complex of designs. They are the backbone of various portable devices that are very easily carried by us.

Taking the everyday embodiment of a well-developed SoC as an example, the smartphone allows for making and receiving calls, surfing the internet, messaging, connecting, taking pictures, and saving audio and videos. An SoC fit in the same smartphone takes all these components and places them onto a single integrated chip and shrinks it down, allowing it to be portable.

There are about 3 distinct types of SoCs, including:

5 Best SoC Manufacturers in the World:

According to a survey conducted by Brand Essence, an organization aiding in brand management and activation, the top 5 SoC manufacturers all across the world boil down to the following list:

The company housed in Hsinchu, Taiwan, proudly holds the record of being the first foundry providing 5-nanometer production capabilities, which stands to be the most advanced semiconductor process technology available in the world. Founded in 1987, this company has been the world’s leading semiconductor foundry.

“Broadcom Inc. is a multinational infrastructure technology leader. Founded in 1960, the organization has roots in the rich technical heritage of AT&T/Bell Labs, Lucent, and Hewlett-Packard/Agilent.” (via. Broadcom’s official website) Founded in 1961, Broadcom had nearly 20,000 employees (October 2021) and revenue of 2,745 crores USD, and a net income of 674 crore USD (2021).

Broadcom introduces companies around the world to potential growth opportunities, and enterprise-wide productivity and offers particular user experiences. Offering a wide range of products, varying from storage, security, and wireless devices to Broadcom, mainframe, and enterprise software, the company has introduced World’s Lowest Power L1/L5 GNSS Receiver for Mobile and Wearable Applications as of 2021.

Some of the company’s noteworthy achievements include:

Qualcomm is another global company best known for designing and manufacturing semiconductors, software, and services related to wireless technology. Based in San Diego, California, Qualcomm is one of the world’s leading technology innovators. The contributions provided by Qualcomm in this field are priceless, including 5G mobile phones embedded with pro-level camera quality and gaming applications.

Qualcomm made connecting the world through 5G possible. Having worked on it for years, Qualcomm invested in R&D to fuel its 5G development. Expanding their knowledge of 3G and 4G LTE, they successfully developed 5G NR and mmWave, which ultimately led to 5G being licensed in the year 2019.

STMicroelectronics is French-Italian multinational enterprise manufacturing semiconductors and electronics since 1987. ST-created chips are an integral part of every modern-day electrical appliance, ranging from cars to giant factory machines. Due to the excellency of their work, ST receives multiple awards every year, including 3 innovator of the year awards in the year 2019.

STMicroelectronics is involved in the design, development, marketing, and manufacturing of various semiconductor products including computer peripherals and automated products. They operate through Semiconductors and subsystems segments. (Source: STMicroelectronics official website)

The company was formed in 1987, headquartered near Geneva, Switzerland, and is a merger of the french and Italian semiconductor companies: Thomson Semiconducteurs and SGS Microelettronica. Having a revenue of 1,280 crores EUR (2021) and 49,000 employees, STMicroelectronics has the leading customers Apple, HP, Samsung, and Sony.

NXP Semiconductors is a Dutch semiconductor manufacturing facility based in Eindhoven, Netherlands. It chips for eGovernment applications, like electronic passports, RFID tags, and transport access management. Founded in 1914, NXP has decades of “combined expertise” up its sleeve. NXP is the founder of the Motorola semiconductor, which was then used to relay the first words from the moon to the earth. (Source: NXP’s official website)

Among other admirable feats, NXP created the first integrated solution for microwave cooking in the year 2015. Placing a whopping 4th place in the world’s largest semiconductor companies, NXP is honored as one of the world’s Top 100 Global innovators.

NXP’s influence in India has deep-seated roots for more than 50 years, and NXP’s center in Noida is one of the largest sites of the company in India. NXP has revenue of 1,053 crores USD (2021), and a net income of 190.6 crores USD (2021). NXP services various big-name clients, including Apple, Bosch, Denso, and Samsung.