Antennas are widely used in the field of telecommunications, and we have already seen many applications for them in real-life scenarios.

In this article, we are going to look at the science behind antennas. Let’s discuss what is an Antenna? how it works? and many more in this article.

What is an Antenna? Simply an Antenna is defined as the structure associated with the region of transition between a guided wave and a free space wave or vice versa.

We have an electric signal, So how do we convert it to an electromagnetic wave?

You might have a simple answer in your mind. That is to use a closed conductor and with the help of the principle of electromagnetic induction, you will be able to produce a fluctuating magnetic field and an electric field around it.

In an antenna, the electromagnetic waves need to be separated from the source and they should propagate.

Before looking at how an antenna is made, Let’s understand the physics behind the wave separation.

Consider one positive and one negative charge placed a distance apart. This arrangement is known as a dipole, and they obviously produce an electric field.

The charged particles undergo continuous acceleration and deceleration due to this velocity variation. The challenge now is to find out how the electric field varies due to this movement. 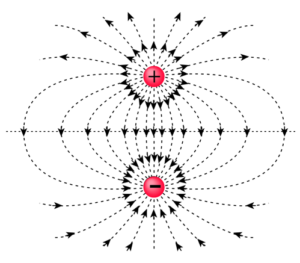 Let’s concentrate on only one electric field line. The wavefront formed at time zero expands and is deformed as shown after one-eighth of a time period. This is surprising.

We need to spend some time to understand this memory effect of the electric field or kink generation of accelerating or decelerating charges.

We will discuss this interesting topic in more detail in a separate article.

If we continue our analysis in the same manner, we can see that at one-quarter of a time period, the wavefront ends meet at a single point.

After this, the separation and propagation of the Wavefront happen. Please note that this varying electric field will automatically generate a varying magnetic field perpendicular to it.

If you draw electric field intensity variation with the distance, you can see that the wave propagation is sinusoidal in nature.

It is interesting to note that the wavelength of the propagation so produced is exactly double that of the length of the dipole.

In practice, the production of such an oscillating charge is very easy. Take a conducting rod with a bend in its center, and apply a voltage signal at the center.

Assume this is the signal you have applied, a time-varying voltage signal. Consider the case at time zero. Due to the effect of the voltage, the electrons will be displaced from the right of the dipole and will be accumulated on the left.

This means the other end which has lost electrons automatically becomes positively charged. This arrangement has created the same effect as the previous dipole charge case, which is positive and negative charges at the end of a wire.

With the variation of voltage with time, the positive and negative charges will shuttle to and fro. The simple dipole antenna also produces the same phenomenon we saw in the previous section and wave propagation occurs.

How Does an Antenna Works? (as both Transmitter & Receiver) 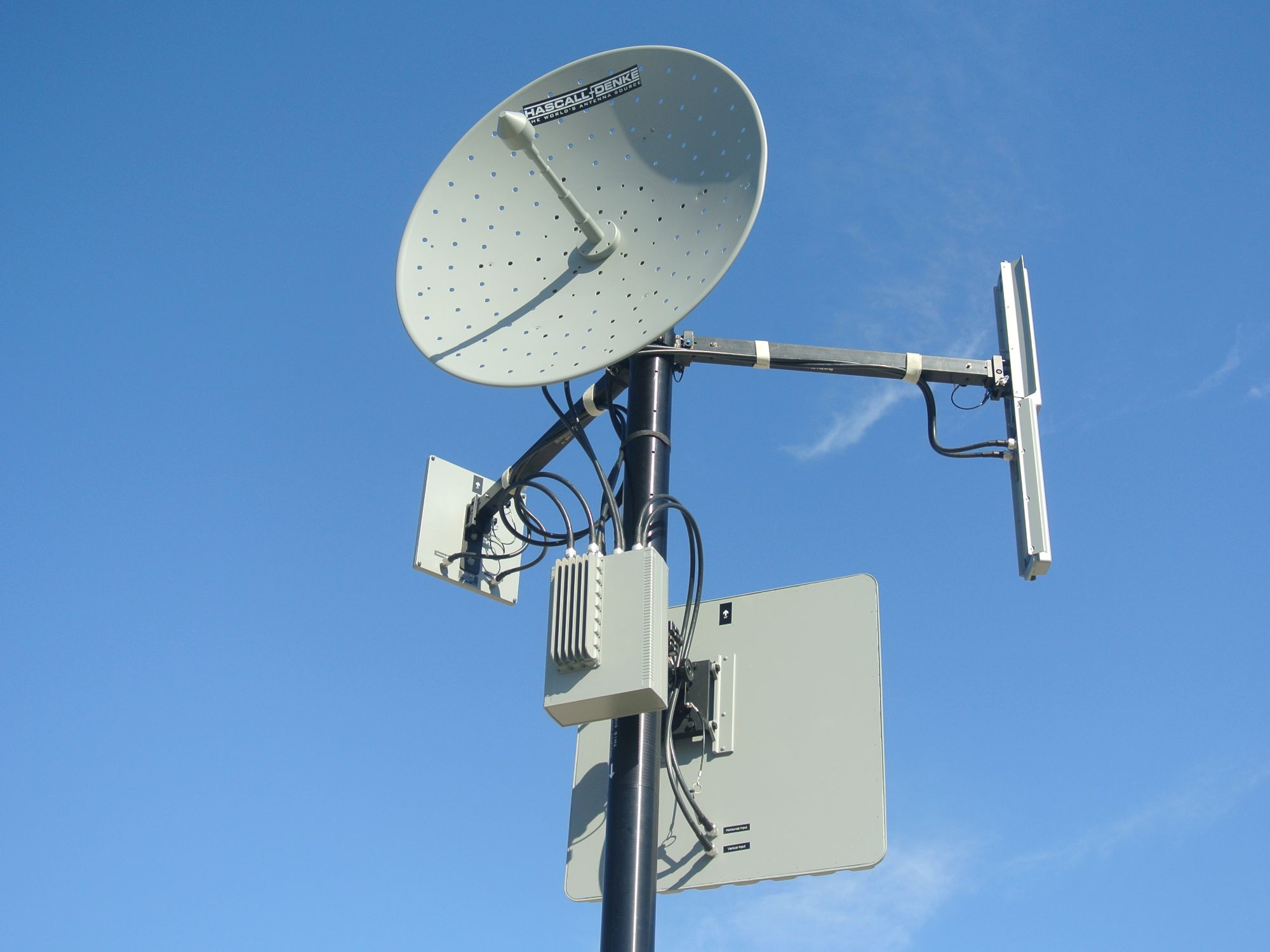 The operation of the antenna is reversible and it can work as a receiver if a propagating electromagnetic field hits it.

Let’s see this phenomenon in detail. Take the same antenna again and apply an electric field. At this instant, the electrons will accumulate at one end of the rod. This is the same as an electric dipole.

As the applied electric field varies, the positive and negative charges accumulate at the other ends. The varying charge accumulation means a varying electric voltage signal is produced at the center of the antenna.

It is clear from the electric field configuration that for perfect reception, the size of the antenna should be half of the wavelength. In all these discussions, We have seen that the antenna is an open circuit.

Now let’s see a few practical antennas and how they work. In the past, dipole antennas were used for TV reception.

The colored bar acts as a dipole and receives the signal. A reflector and director are also needed in this kind of antenna to focus the signal on the dipole.

This complete structure is known as a Yagi-Uda antenna. The dipole antenna converted the received signal into electrical signals, and these electrical signals were carried by coaxial cable to the television unit.

Nowadays we have moved to dish TV antennas. These consist of two main components, a parabolic-shaped reflector, and the low-noise block downconverter.

The parabolic dish receives electromagnetic signals from the satellite and focuses them onto the LNBF. The shape of the parabolic is very specifically and accurately designed.

The LNBF is made up of a feedhorn, a waveguide, a PCB, and a probe. In this animation, you can see how the incoming signals are focused on the probe via the feedhorn and waveguide.

At the probe, voltage is induced as we saw in the simple dipole case. The voltage signal so generated is fed to a PCB for signal processing such as filtration, conversion from high to low frequency, and amplification.

After signal processing, these electrical signals are carried down to the television unit through a coaxial cable.

If you open up an LNB, you will most probably find two probes instead of one. The second probe being perpendicular to the first one.

The two probe arrangement means the available spectrum can be used twice by sending the waves with either horizontal or vertical polarization.

A patch antenna consists of a metallic patch or strip placed on a ground plane with a piece of dielectric material in between. Here, the metallic patch acts as a radiating element.

The length of the metal patch should be half of the wavelength for proper transmission and reception. Please note that the description of the patch antenna We explained it here very basically.

Know more about Antenna’s in ElectroniDesign