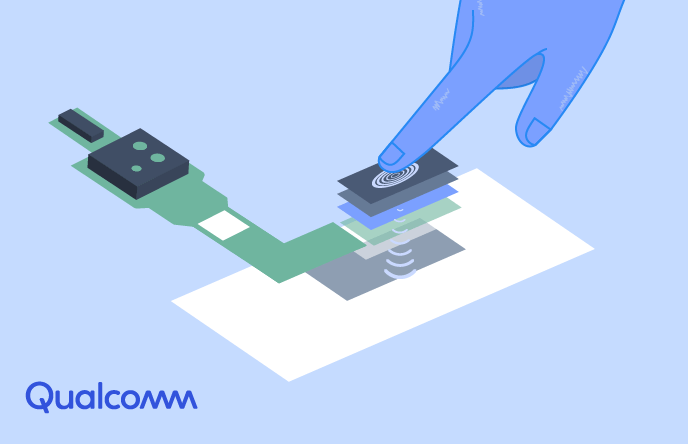 After years of rumors and leaks, smartphones with a fingerprint scanner under the display are finally launched in 2018. It is the next big thing in the smartphone market.

It’s been 2 years since we’re used these In-display fingerprint sensors, and we don’t know much about them, so in this article, we discuss fingerprint scanners.

These fingerprint scanners are used not only in mobiles but also in many other gadgets and electronic products for security purposes.

Basically, there are 4 types of fingerprint scanners present in the market.

Human being’s fingerprints are actually very unique and no two people will have the same fingerprints.

Even identical twins will have slightly different fingerprints. So having a fingerprint lock to protect the personal information on our phone is a really good idea.

Fingerprint scanners work by capturing the pattern of ridges and valleys on your finger.

The information is then processed by the phone’s pattern analysis and matching software, which then compares it to the list of already registered fingerprints on the phone.

And if a successful match is found, your identity will be verified, and access will be granted to unlock the phone.

There are actually 3 different types of fingerprint scanners commonly used in phones.

Let’s discuss them one by one. 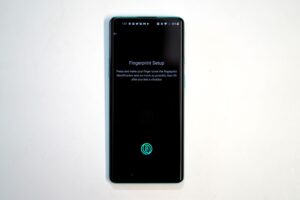 The Optical Fingerprint Scanner, as the name suggests, an optical fingerprint scanner that uses a light source usually an LED to illuminate the finger.

The reflected light is then captured by a light-sensitive microchip to create a digital image of your fingerprint.

So basically, these scanners just make a photocopy of your finger. The major drawback is that it can easily be fooled with just a high-resolution photograph of your fingerprint.

Also, it is bulky. So most modern smartphones don’t use optical sensors. It was first used in the Pantech Gi 100 which was launched way back in 2004 but since then it has slowly phased out.

It is now being used in a bunch of Chinese Smartphones like the OnePlus 6T, Vivo X21, and Huawei Mate 20 Pro, to name a few.

It is much smaller but works exactly like the normal optical sensor. The only difference is, the sensor is actually placed under the display and the display itself acts as the light source to illuminate the finger.

This is why we see those cool light animations when the phone is unlocked.

But it has a few major flaws though It works only with OLED screens and doesn’t work with LCDs. This is because LCD screens don’t allow light to pass through them.

But for the optical scanner to work, light has to actually pass through the screen and reach the fingerprint scanner placed below it.

Another potential issue is that this scanner does not work well with screen protectors. So you might have trouble finding one that’ll work.

Also, if the display is damaged it would cost more to repair since the scanner is now integrated with the display. 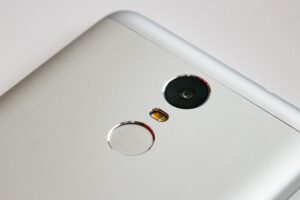 These scanners take advantage of the fact that human skin is a good conductor of electricity. The scanner is actually made up of an array of capacitors.

This difference in capacitance between ridges and valleys is then captured by the sensor to form the digital image of the fingerprint.

The advantage of a capacitive fingerprint scanner over optical ones is that it can not be easily fooled using just a photograph of the fingerprint.

Also, it is faster and more accurate. But the capacitive scanner also has a few problems. It requires a clean finger to work properly, as something like dust or sweat can affect the conductivity of the finger.

Also, it is costlier And doesn’t work when placed under the screen. It is also not completely foolproof and can be fooled by using a mold of our finger.

It uses ultrasound to scan and capture the 3D fingerprint data similar to how bats and dolphins use echolocation to find and identify objects.

This generates a highly detailed 3D surface map of the fingerprint which is extremely difficult to imitate or spoof. There is virtually no limitation to where the scanner can be placed inside a smartphone.

As it can work even when placed under the glass screen, metals, or even plastics. It also works well with common contaminants like sweat, dust, and hand lotion to create a more accurate scan than capacitive scanners.

The ultrasonic scanner is currently provided by Qualcomm for mobile phone manufacturers like Samsung and others.

It is not as consistent as a normal capacitive scanner and is also considerably slower.

You can also check the prices of these fingerprint sensors here