In the world of smartphones, mobile processors are the engines that keep us going. They’re used to power everything from social media to streaming video to simple web browsing, and so many people take them for granted that it can be hard to believe there are so many interesting facts about these tiny chips you can use in your own life.

Check out the 10 facts below to learn more about these incredible pieces of technology and how they fit into our lives. In the world of smartphones, mobile processors are the engines that keep us going.

What is a processor?

The two aren’t interchangeable because each type has different physical attributes, such as heat and power usage. An Intel Core i7 is a desktop processor while an Intel Atom is a mobile processor. Knowing how your laptop or smartphone works can help you understand how a mobile processor does its job without overheating or draining your battery.

And by understanding how these processors work, you might also become more aware of which apps could make better use of them to ensure you get optimal performance out of your device. 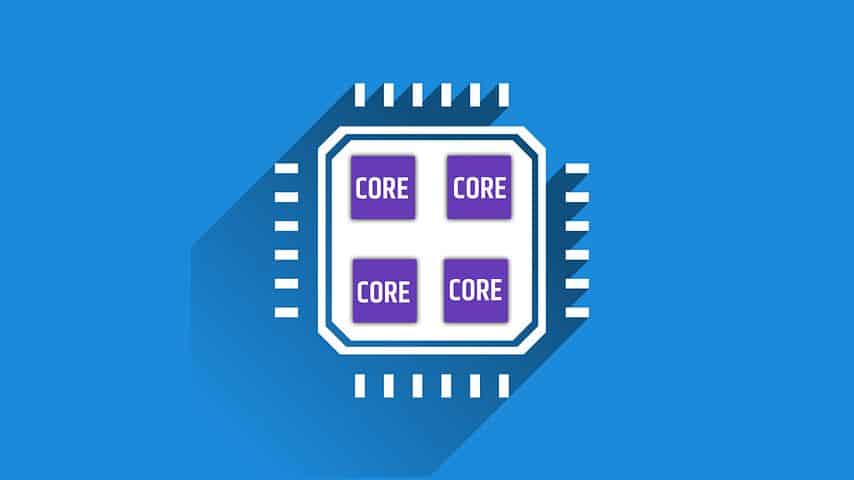 How does a processor work?

To put it simply, a processor works by executing commands. A smartphone processor is constantly receiving input and processing that information in an orderly fashion, turning it on and off according to what is requested of it.

As more information is needed, as in when you’re watching a video or playing a game, more power is required. That’s why your phone can seem to lag when you have many programs running at once; they are competing for processing time.

Why do we need to know about the processor?

Because how good your smartphone performs depends entirely on how good its processor is. Given that a good number of our everyday tasks rely heavily on these mobile computers, it’s only natural that we want to get as much out of them as possible.

In other words, if you’re looking for a new smartphone, having some information on what makes its processor tick can be pretty helpful. After all, I would choose a device with 6GB RAM and 128GB ROM over one with 3GB RAM and 32GB ROM, you wouldn’t have any different opinions, right?

Have you heard about Moore’s Law?: Moore’s law is defined as an observation made by Intel co-founder Gordon E. Moore in 1965 that states that transistor density will double every two years while costs remain constant. This prediction has proven correct so far, but technological constraints may soon render it obsolete.

The story behind the making of the first CPU:

The first CPU was designed by engineer Ted Hoff and it went into action in 1971 when an Intel 4004 CPU was used to control a mass spectrometer at Mass General Hospital in Boston. The chip had 2,300 transistors and could perform around 100,000 operations per second with its 0.2-MHz clock speed.

It was placed inside a portable machine that weighed 82 pounds but before that, IBM built a similar microprocessor that weighed over 1,500 pounds due to its power supply alone! Thankfully, technology has come a long way since then as today’s smartphone processors have millions of transistors (more than 10 billion). This is because we expect more from our smartphones than just work—we want them to entertain us too!

If you find yourself using your phone to listen to music or play games, you need to upgrade your processor so you can avoid any lag. Thankfully, there are plenty of powerful CPUs on the market today so there’s no excuse for having a slow device!

All you need is enough RAM and storage space so you can enjoy your favorite apps without issues; if you find yourself frequently running out of room on your phone hard drive, we recommend installing a new external hard drive or SD card (depending on what kind of smartphone device you own) onto your computer and transfer all your files onto it in order to free up space on your mobile device. Then upload your photos and media content back onto your phone once it’s been safely backed up.

The company received funding from Intel Capital and supports ARM’s Cortex A8 as well as its own RK2808 core. In 2012, it claimed to have shipped more than 225 million chips that year alone into laptops, desktops, smart TVs, and other devices like Blu-ray players.

How many cores do you need?

Just because your friend has a quad-core phone doesn’t mean you need one—especially if you’re not going to take advantage of all those cores. So how many do you really need? The answer isn’t straightforward.

For example, some tasks are multithreaded (e.g., video encoding) and some aren’t (playing Angry Birds). But generally speaking, a dual-core processor will be fine for most mainstream apps and tasks (like web browsing or document editing), and that’s where quad-cores don’t add a lot of benefits. If you’re into performance, however, it can be worth spending more for a beefier core count; gaming is often a good example here.

This is a loaded question, but if we had to choose one or the other, it would have to be core. While a fast clock rate is undoubtedly important for day-to-day operation, it’s how many cores you have and how efficiently they work together that determines your processing power.

Four 2.4Ghz cores are better than two 4GHz ones; in fact, we wouldn’t recommend using a phone with fewer than four CPU cores. If you’re looking for an even more detailed explanation of why phone processors matter (and what makes them tick), be sure to check out our post on mobile processor architecture.

If you’re planning on buying a new smartphone soon, do yourself a favor and read through these processor facts before picking one out.  One thing’s for sure: You’ll have a greater appreciation for all your devices if you get to know how they work. So without further delay let’s take an inside look at smartphone processors!

There’s more information stored in a cell than there is in all the laptops and computers in America – Your processor is likely storing somewhere between 256 kilobytes and 128 megabytes of information per cell.

And how much information can fit on just one computer? As little as 2 KB to 16 MB. To put things into perspective, there are roughly 33 billion cells in our bodies but only 23 million laptops/computers across America. That’s not even 1% versus 100% percent respectively… Now THAT’S the storage capacity we’re talking about!

Sensors used by motion-controlled video games were originally developed for missile guidance systems – The sensors found in most motion-controlled video games were actually first developed for missile guidance systems. Yes, believe it or not– many modern conveniences started from military technology originally built to destroy people and property! While destruction may be what triggered their creation in many cases, today some of them are used to save lives.

For example, carbon dioxide detectors were created by NASA over 50 years ago while working on satellite design back then… Nowadays though, they’re commonly used by CO2 fire extinguishers like those used by firefighters everywhere. Weird right? I guess old habits die hard!

Ever wonder why batteries wear down after being charged too many times? Here’s why – Have you ever noticed that rechargeable batteries wear down after just a few charges? Why does this happen? This isn’t usually due to defects, it’s caused by misuse… In particular, frequent full discharges shorten battery life because lithium ions build up strain during charging cycles and reduce battery performance.

However, partial discharge reduces strain significantly and helps keep lithium ions from building up. Every time you charge your device to 100%, discharge it completely and charge it back up again, you’re building damage in. Instead, try to avoid using your device while it’s plugged in and ensure a low charge when you’re ready to hit the sack.

Some semiconductors use gold for faster processing – Believe it or not, gold is far cheaper and easier to obtain than other metals used for semiconductor manufacturing like copper. That’s because manufacturers treat it to make it conductive, which means they don’t need to buy as much of it. So you know those rumors that Apple is crazy for using 18 karat gold on their iPhones? They probably aren’t entirely false.

If you haven’t updated your phone in a long time, a simple reboot will drastically improve its speed – Batteries and processors both lose performance as they age, but there’s one simple trick you can do to restore both: Just turn your device off for about 20 seconds and then boot up again.

You’d be surprised how many bugs pop up and slow your phone down over time, and a reboot brings everything running correctly again! Sure, it’s a short-term fix and you shouldn’t do it often, but it should help speed up your device for at least a few hours until those bugs surface again.

Quad-core smartphones are much more powerful than their dual-core counterparts – Given two devices running exactly the same application, one quad-core, and one dual-core, both with otherwise similar specifications like RAM, battery size, and display quality… Which do you think will perform better? Considering there are four cores running in parallel in a quad-core smartphone (as opposed to just two in a dual-core), chances are you’ll notice no difference.

After all, games that require high performance can easily handle four cores or more. However, once you run multiple applications at once, you’ll start to notice a difference. On a quad-core phone, all four cores can be used at once… On a dual-core, that’s not possible so instead of all four running at once for optimal performance, one will fall back and run slower than it could’ve.

Breaking your smartphone screen is one of those problems that get worse over time – You drop your phone and crack its screen… It happens to everyone! Well here’s something you probably didn’t know about fixing broken glass screens: If it happens in Year One or Two, you might as well just go ahead and replace it because it’ll definitely break again within a year from that point on. It’s true, you see—glass is brittle and takes a lot of time to recondition… More than 60% of cracked smartphone screens get cracked again within six months.

Some Android users can disable an app’s notifications with just one click – If you don’t want that Facebook app alerting you every time someone likes your status or photo… You can do it. It just takes one click on any Android phone. Go to Settings > Apps  > Select App > Disable Notifications. There are a few apps that can’t be disabled, but for many others, you’ll have complete control over whether or not they interrupt your day at all!

The U.S. smartphone market just experienced its fastest growth yet – America was already expected to be an important mobile market for app developers and a growing population of connected consumers… But still, it’s exciting to know it’ll get even bigger in 2014 with a growth rate of 19%. And if you live there, there’s no time like now to maximize your exposure on apps or their website—which is what all these marketing tactics are for anyway, so enjoy them!

A smartphone costs you more money than you may have realized – When your phone contract is up, it’s almost time to buy a new one. You walk into your carrier store and your heart starts racing—there are so many options!

How do you choose? There’s a simple way… Figure out how much money you spend on apps, email, social media, entertainment, and messaging each month. Multiply that by 12 and then divide it by how much you’re willing to pay for a new phone. If that number is higher than what carriers are offering at that moment, it may be time to shop around for a better deal.