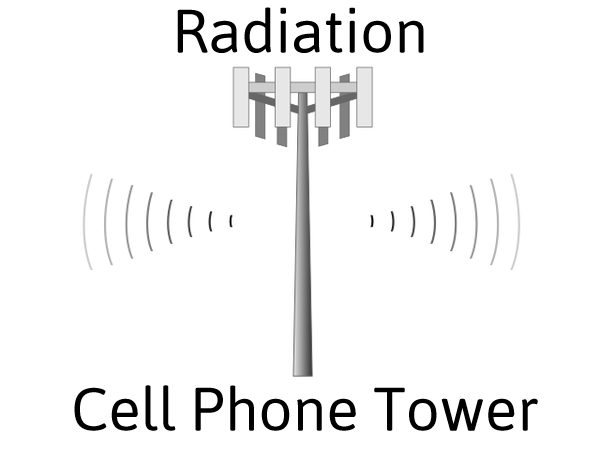 Cell phone tower radiation causes any effects on humans and animals? let’s check out the answer to this question in this article.

It is radio frequency (RF) waves. When your phone uses  3G, 4G, or makes calls, It communicates with the cell phone towers through RF waves.

Radiofrequency waves are a type of electromagnetic wave. 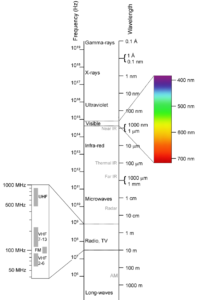 To understand this, we have to refer back to our class 12’s physics book. If you remember, chapter 8 was electromagnetic waves.

Electromagnetic waves are produced by the vibrations of electric and magnetic fields. This is a type of energy propagation.

It takes energy from one place to another. It is seen occurring naturally as well as artificially in many places.

The best example of electromagnetic waves is light. Light is an EM wave! If you remember the EM spectrum, it is a way to classify various EM waves based on their frequency and wavelength.

The waves that have the longest wavelength are radio waves, ranging from a few meters to a few kilometers.

There are microwaves with wavelengths of a few centimeters. Your microwave has microwaves in it.

Microwave has Microwaves! If concentrated at a place, they produce heat. Then are the infrared waves that are used in remote-controlled TVs.

That is the visible light that you can see all around you. Their wavelength ranges from 350-700 nanometer.

Different colors have different wavelengths. Then comes the UV rays. The frequency starts to increase from here.

X-rays and gamma rays follow UV rays. The EM waves after the visible light are troublesome.

Because their frequency is so high, and their wavelength is so small, they can break chemical bonds inside a molecule.

Which is why they are called ionizing radiation. Ionizing radiation is very harmful to humans and animals alike as they can penetrate into our DNA and break their chemical bonds.

Causing mutations in the cells and can eventually lead to cancer.

As the frequency of the EM waves increases, they become more dangerous. The radioactivity emitted from nuclear material is the most dangerous.

Because the frequency of that radiation and its power is very high.

So now the question arises, whether the EM waves before the visible light, known as non-ionizing radiation, Is this non-ionization radiation harmful to humans and animals?

No scientific conclusion has been reached on it yet. Some research states the effects of being exposed to non-ionizing radiation at high levels for a long amount of time.

Other research states that there are no harmful effects on humans and animals.

But scientists and experts agree that non-ionization radiation definitely cannot cause mutation or cancer, using the same mechanisms as ionizing radiation.

But is there any other mechanism by which non-ionizing radiation can be harmful to us? It is being researched. 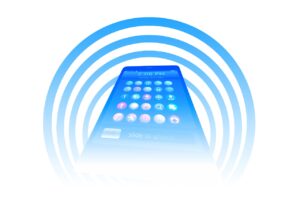 SAR means Specific Absorption Rate, we can see this SAR value on every smartphone we use.

This is why various Government agencies have set radiation limits for cell phones and cell phone towers. They do not want the heating effects from non-ionizing radiation to get so much that people suffer burns.

FCC, a US agency, has set a radiation limit of 1.6 watts per kilogram Cell phones should not exceed this limit is way less than the radiation which would result in actual heat production.

So, you see it is quite safe. The chances of any long term harmful effects, because of using cell phones is very low.

The simple reason for this is, if you take the population of the world as a sample size, you would see the rise in cell phone usage in the last 20-30 years.

The number of people using cell phones has risen exponentially! But there are no diseases which have seen an exponential increase in those years.

You can see this chart of worldwide cancer cases between 1990-2016. There is no type of cancer case that saw an immense increase.

The same can be said for any other disease. If using cell phones had resulted in harmful effects, we would have seen it in some disease or other.

The best example of this is smoking rates and cases of lung cancer. Here you can see the chart of the UK, showing the fall in smoking rates in the last 50 years.

And you can also see that lung cancer cases have fallen at the same rate This tells us that smoking and lung cancer have a direct relation.

In China, more than 50% of the male population smokes, so the lung cancer rate is very high there.

You can see the same relation in Ultraviolet radiation and skin cancer. Australia has the highest rates of skin cancer cases.

Because of the population, there is not well adapted to live in that country. The majority of people living there are of British origins and are exposed to a large amount of UV rays from the sun.

Their skin color has not adapted to live there. The ozone hole is also quite close to Australia, because of which it has even more exposure to UV radiation.

It results in Australia having the most number of skin cancer cases. Overall, what I mean to say is, you do not have to worry.

The chances of radiation from cell phones harming you are very slim. However, if you still want to minimize this radiation, then do not put your cell phone to your ears while talking.

Because the closer it is to your body, the more radiation you will be exposed to. Even a little distance would minimize the radiation.

I am not promoting cell phone usage. The addiction to smartphones, the mental issues associated with it, you may face those.

You should definitely use cell phones only when needed. Nowadays people are addicted to their smartphones, so I would recommend not to overuse your cell phones. 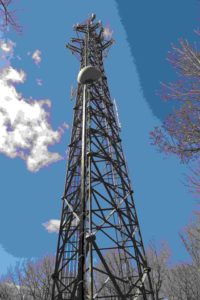 About the decline in the bird population for the last 20-30 years, what’s the reason for it? Ornithologists agree that there is no conclusive scientific evidence stating that cell phone towers are the reason behind the decline.

This means there are larger forces at play here causing this decline in the bird population.

The biggest among them is agriculture! Experts believe growth in agriculture has led to an increase in the use of pesticides, which in turn has led to a decline in the insect population.

Since insects are the food for birds, birds cannot feed properly, hence their population is also declining. Agriculture is said to be one of the major reasons.

Not only in India, but all over the world, the bird population has started declining.

The other obvious reasons are urbanization, deforestation, climate change, pollution is another important factor here. Which, I feel, specifically in our country is very valid.

You can see that nowhere among these threats, cell phone towers are specifically mentioned.

Wildlife conservation and bird conservation are very important environmental issues. Not only for our country but also for the whole world.

To put the blame on things like cell phone towers, without any scientific evidence and missing the major points, misleads the audience.

Not to use excessive pesticides and to promote organic farming. This could have had an actual impact on the falling bird populations.

In June 2018 more than 200 scientists from around the world wrote a petition that a specific family of pesticides called neonicotinoids should be banned because this family of pesticide is adversely affecting the biodiversity and bird population.

Now, this has been scientifically proven as well. Many types of research have shown direct evidence for it.

Such misleading information can have a significant dangerous impact on people. Recently in Germany, cases of measles have started cropping up.

It is a disease that was completely eradicated from western European countries.

But now the cases are cropping up once more. What is the reason behind this? Rumor mongering and Fearmongering! Rumors had been spread that vaccination is causing mental problems.

Even though there is no scientific evidence backing it. It was a lie that spread among the masses.

When they stopped vaccinating their kids, the disease which could have been prevented, resurfaced again.

Which is why you can see that measles made a comeback. This type of fear-mongering can scam you too.