Why do memory cards and pen drives show Less space than original?

If you check your storage in memory card and pen drive, then you will notice some difference in it, in this article, we discuss the reasons behind this.

You might notice that your computer shows the size of your pen drive or memory card a little less as compared to the size promised by the manufacturer company or as a label on the box.

Have you ever wondered why your memory card or pen drive has a smaller storage capacity than they showed?

The reason has to do with math and marketing but our question is.. “Why can’t the stated capacity of the drive can’t be usable?” 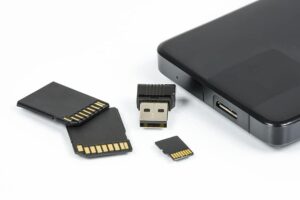 The reason behind less storage in memory card and pen drive:

1. The last reason it is actually a logical reason and main reason now moving to the topic humans think of numbers in base 10 that is for manufactures

On the other hand for computers

For instance, you bought a new 32 GB memory card when you put it in your mobile or computer it shows 29.7 GB only where the 2.3 GB of storage is gone?

“Did the manufactured company cheat you?”

Well, this difference is due to the different number of systems used by humans and digital circuits. Let’s have a look at this simple calculation for manufacturers and all digital circuits(Computers) as well as what customers think.

Therefore actual storage present in memory card or pendrive is

This 32GB in the point of manufacturer view is correct but from the customer point of view, this is not fair. 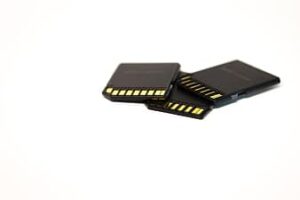 3. Another reason is that a portion of memory space is reserved for system files and data sectors for a better performance this is the primary reason behind the less usable space than the mentioned space

I hope you understand the reason behind less storage in the memory card and pen drive than the actual memory size.

Hey, if you want to give any suggestions to the tech geek, then comment down below.