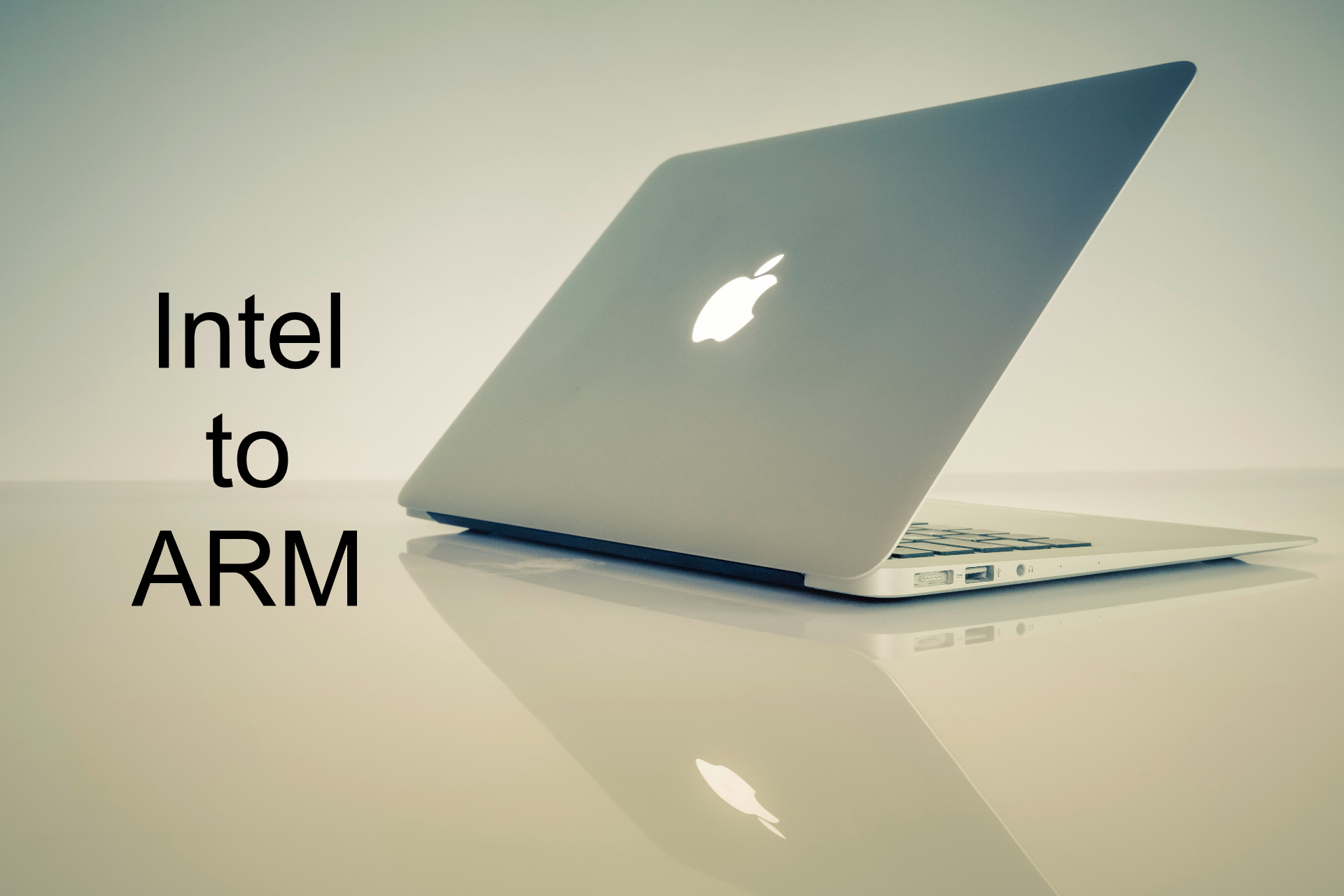 Apple recently announced that ‘Apple switching from Intel to ARM custom Chipsets’ in WWDC 2020 event, so know the reasons behind the Apple decision in this article.

Apple recently announced that they’d be transitioning their entire line of Mac computers away from the Intel processors that currently power every Mac, to Apple’s own ARM custom chipset. This was a decision that many people expected to happen, but not everyone knows why Apple’s doing it. And that’s exactly what I’m going to explain.

Alright, so why is Apple ditching Intel processors and moving to their own custom chipsets. Well, there are quite a few reasons that I’ll cover, but probably the most important is that Apple hates being at the mercy of other companies.

They like the freedom of being as independent as possible. It’s why Apple created their own operating system alongside the original Macintosh, instead of licensing Windows and relying on Microsoft to optimize and modernize the operating system.

When creating the iPhone, they didn’t want to be beholden to mobile phone carriers, which is why they only worked with Motorola, who promised to give Apple full control over the iPhone’s hardware and software. Something that was unprecedented at the time. And even then, that wasn’t good enough.

Because initially, the iPhone ran on Samsung’s ARM chipset, which wasn’t fully optimized with the iPhone’s hardware or operating system, and therefore held back the device’s potential when it came to performance and battery life.

So in order to create a smartphone that could live up to its fullest potential, Apple established its own in-house silicon design team, in charge of creating a custom chipset specifically tailored for the iPhone. And the company’s effort paid off in 2010 when they introduced the iPhone 4, featuring Apple’s first custom-made A4 chipset. 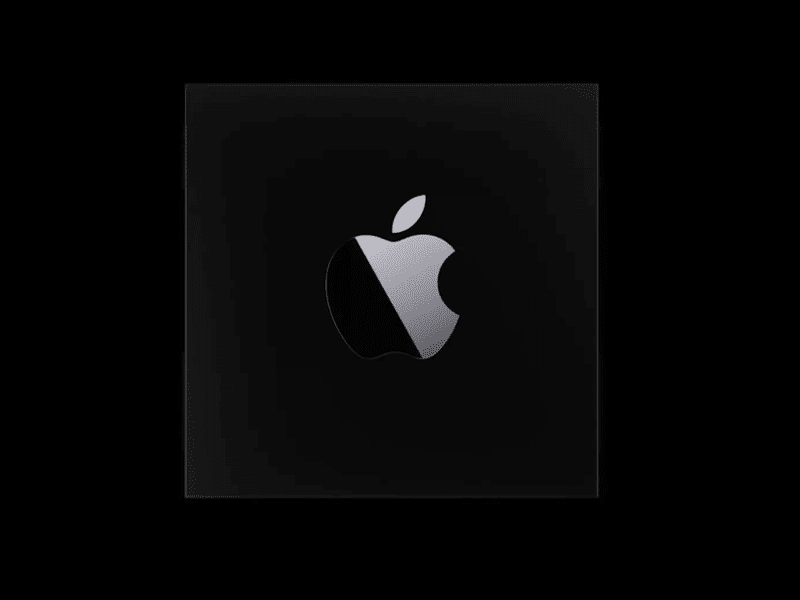 Apple own Processors For Macbooks

And the benefits of the iPhone’s transition to custom-made silicon will also be enjoyed by the Mac.

Have you ever wondered why iPhones, iPads, and Apple Watches are updated on a regular basis, while MacBooks don’t have a predictable release schedule? That’s because Apple has to wait on Intel to release its new generation of processors.

And for the last five years, Intel has missed virtually every release deadline that it’s set. This not only disappoints customers but also frustrates computer manufacturers like Apple who have to delay their own product roadmaps.

So breaking their dependency on Intel is a great reason for Apple to switch to ARM. But that’s only the beginning. Just like with the iPhone, Macs can finally enjoy the benefits of being powered by a truly optimized chipset.

That means no more thermal issues, no more processor throttling, and some of the best performance of any computer in the industry. Because remember, the iPad Pro featuring Apple’sA12Z chip is faster than ninety-two percent of PC notebooks on the market today.

And although Apple has yet to announce a new custom-made chip for the Mac, we can only assume that its performance will be even better than the iPad Pro. Now although macOS is an advanced operating system, it does require regular maintenance to keep it running smoothly.

Now while we’re on the topic of performance, it’s also important to understand that by using their own chipset, Apple can achieve better processing and graphics performance, while actually lowering power consumption.

It’s why iPads easily reach their advertised 10-hour battery life, while MacBooks rarely do. In fact, if you read the fine print, Apple says you’ll only achieve 10 hours of battery life on your MacBook Pro if all you’re doing is browsing the web with the screen brightness set at seventy-five percent.

But I think most MacBook Pro users are doing more intensive tasks like photo or video editing, which burns through the battery much quicker. But even if you’re doing similar tasks on an iPad Pro, you’ll notice that battery life isn’t affected nearly as much.

And it’s because of Apple’s custom chipset designed to optimize performance without sacrificing battery life. Now, it’s also worth considering how Apple’sown chipset could influence the design of their Macs.

If there aren’t any thermal issues, Apple could possibly release a MacBook with smaller fans, or even no fans at all. Which would be a big deal considering how much valuable internal space they occupy. But the biggest space hog inside of any MacBook is its battery.

And if Apple could optimize power consumption as they have on iPads and iPhones, we could potentially see a reduction in the MacBooks battery size, while still providing 10 hours of use. 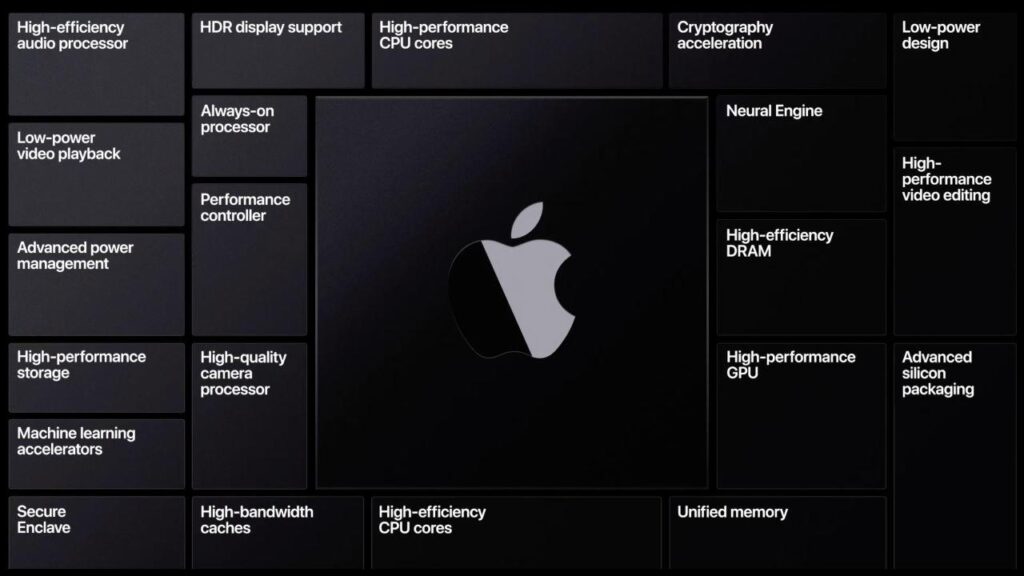 Apple Switching from Intel to ARM

So in the best-case scenario, a new ARM MacBook could feature a fan-less design with a smaller battery. Which would enable Apple to create dramatically thinner, lighter, and quieter notebooks, something they’ve been trying to achieve for years.

Now another really important benefit of switching to ARM is app compatibility. When the iPad was released in 2010, it shared the iPhone’s A4 chipset.

This meant that every app created for the iPhone could also run on the newly released iPad. That was a huge advantage the device had over competing tablets, which suffered from a sparse app ecosystem.

And now, Apple wants the Mac to enjoy that same advantage. We already received a hint of Apple’s interest in creating universal apps last year with the release of macOS Catalina. It included a feature called Mac Catalyst which made it much easier for developers to bring their iPad apps over to the Mac.

But once Apple transitions all of its computers to ARM chipsets, developers won’t have to do a thing. iPad and iPhone apps will be able to run seamlessly on the Mac. Now this transition won’t happen overnight, Apple said it’ll take two years to get all of their Macs running on their own custom chipsets, but it may happen even sooner.

Because this isn’t the first time Apple has switched from one chip to another. Back in 2005 Steve Jobs announced the transition from PowerPC to Intel processors and estimated every Mac would be switched over in about eighteen months. But it actually happened much quicker than that, taking Apple only ten months to transition their entire Mac lineup to Intel.

So while something similar may play out this time around, the switch from Intel to ARM is a bit more complicated and likely to take more time. I hope you will get some knowledge about ‘why is Apple switching from Intel to ARM custom chipsets?’ by reading this article.

Must Read: Advantages and disadvantages of mobile phones