There are 2 main Operating systems for mobiles dominating the market, which are iOS and Android, and we have a doubt “Is iOS better than Android OS?”

In this article, we discuss some of the major advantages of iOS over Android and how it is better than Android.

Anyone who wants to buy a new mobile without compromising the budget then has small confusion between Android and iOS, which one to choose.

We already publish an article on Android vs iOS Pros and Cons in 2021, you can read that one also in our blog.

The iOS vs Android debate has been ongoing ever since the platforms were created over a decade ago.

And many of us love Apple products we’re going to talk about why iOS is better than Android. But I do want to preface this entire article by saying we don’t hate Android, I truly believe both platforms have their own strengths and weaknesses.

And the decision regarding which one is best for you is your decision to make. Everyone’s smartphone needs are different.

And therefore no one can say that one platform is objectively better than the other, but I do think it’s fair to point out the specific strengths that iOS has over Android.

And don’t worry Android fans we will publish an article titled “Why Android Is Better than iOS,” it’s just not going to be this article.

Let’s discuss some major advantages of iOS over the Android Operating system.

Alright so let’s start with what I think it’s the number one reason why people choose iOS over Android. And that is the user experience.

Apple is great at making tech products for non-tech people. And I think iOS does a fantastic job at keeping things simple enough that everyday people can pick up an iPhone or iPad without being intimidated by an overly complicated interface that plagues many Android devices.

And I can already hear Android fans saying how stupid all us iPhone users must be if we can’t figure out how Android works, but you really need to understand that it isn’t a matter of being stupid or smart.

It comes down to the fact that people enjoy using products that are convenient. And if they can figure out how iOS works quicker than Android, you can bet they’ll view that product as more convenient and less frustrating. 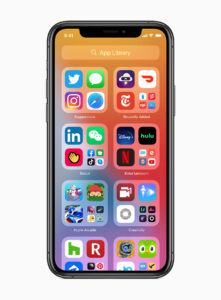 Also, smartphone manufacturers can apply their own custom skin to Android. Meaning its interface is different depending on which hardware it’s running on.

Which for most people makes the entire ecosystem appear even more convoluted and confusing. Which is a nightmare for everyday people who just want to use something that looks and works consistently?

That also gets us into perhaps my least favorite part about Android, which is the fragmentation. And it really is one of the worst parts of owning an Android device.

Just think about the fact that there are literally thousands of different Android devices on the market today. Compare that to the eight iOS devices being sold. That is an unbelievable difference that has a huge effect on a variety of things.

First, iOS devices outperform Android every time. In fact, the cheapest iOS device, the $400 iPhone SE, is actually faster than one of the most expensive Android devices, the $1,400 Galaxy S20 Ultra.

And fragmentation is to blame. Because chip manufacturers like Qualcomm have to build a one-size-fits-all chipset, capable of running on thousands of different Android Devices. Compare that to Apple, who makes their own custom chips, optimized to power their own custom hardware, which runs its own custom OS.

That is the biggest advantage Apple has over almost every Android manufacturer today. They control the hardware, software, and chipsets included in their products.

Which means Apple can squeeze way more power out of their processors than Samsung or Google.

And it’s why Android devices might have more processing cores or more RAM but are still smoked by the cheapest iOS devices.

But the benefits of Apple’s all-encompassing approach to its products doesn’t stop there.

Have you ever noticed that there are a lot more high-quality, low-cost apps available on the iPhone or iPad compared to Android Smartphones or Android tablets?

It’s because developers prefer creating apps for iOS over Android. And that’s because they only need to optimize their apps for a handful of iPhones and iPads, the vast majority of which are running one version of iOS, rather than making sure their app can run on thousands of different Android Products running several different versions of Android.

Also, developers make more money on app sales on iOS, likely because pirating is much more difficult on a closed platform, rather than an open-source platform like Android. 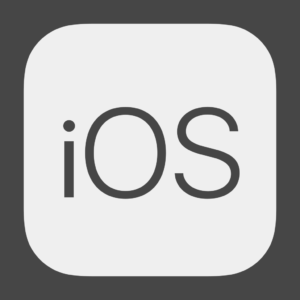 Another benefit of iOS updates. iPhones and iPads not only receive new updates on a regular basis, but they’re also available on older devices.

The latest versions of iOS have supported devices that were released five years earlier. If you have an Android device, you’d be lucky if it’s still receiving updates after two years.

And that’s a really big deal to customers spending a thousand dollars or more on a new smartphone. Deciding between a device that’ll be supported for two years vs five years, is not a difficult choice for most people.

The last benefit many iOS users enjoy is its seamless integration with other Apple products.

And while Apple haters will call us sheep for allowing ourselves to be locked down to one company’s ecosystem, they have to recognize that virtually every single tech company is trying to lock down their customers to their own ecosystem.

It’s just that Apple is the best at it. Google tried to do it by releasing their own tablets in addition to the Chromebook and Pixel, but those tablets were a complete failure and eventually discontinued.

Microsoft tried to do it by releasing its own Windows phones in addition to their computers and tablets, but they were also a complete failure and eventually discontinued.

Samsung is trying to do it with their Galaxy smartphones, tablets, smartwatches, and notebooks. And I will admit they’re having the most success out of all other Android manufacturers, but they’re still being dominated by Apple in the tablet, smartwatch, and notebook market.

Samsung is the biggest mobile phone manufacturer and seller in the world, they sell more number of devices but don’t make profits as much as Apple.

And the reason why Apple is so good at integrating its product ecosystem is that they’ve been doing it ever since the company was founded in 1976.

They were building and integrating their own hardware and software at a time when all computer manufacturers were licensing the Windows operating system from Microsoft, and running it on unoptimized hardware.

Apple created one of the earliest popular mobile devices, the iPod, and made sure it worked seamlessly with their Mac computers.

And as mobile devices like smartphones and tablets became popular, Apple found themselves in the best position to make all of these products seamlessly integrated with each other.

Because that’s been their philosophy since the early days. And it’s turned out to be the right approach. Because now companies like Microsoft, Google, Samsung, and Huawei are trying to catch up and adopt the same approach.

So to all the people hating Apple’s “walled garden”, you’re just mad because our garden is bigger and prettier than yours.

Alright guys I hope you enjoyed reading my opinions on why iOS better than Android.